Which is the best Sony camera in 2022? This blog will help you with some top-rated and high performance Sony cameras.

Sony is one of the names that strikes our thoughts whenever we think about technology. Well, it's a prominent technology giant that manufactures reliability and support through various products. So it is inevitable that it will be in our chain of thoughts. Sony has an extensive inventory of products. Furthermore, the categories include audio, video, healthcare and biotechnology, computing, photography and videography, robotics, imaging & sensing solutions. But today, we will primarily talk about Sony cameras. This brand is a prolific name for producing popular cameras for both beginners and professionals worldwide. From mirrorless cameras to DSLR-like models, there's something for everyone looking to upgrade their perspective.

Therefore, we have compiled a list of the top Sony cameras for photographers, content creators, and videographers. And for all those who are wishing to convert to Sony or upgrade from a predecessor. Our option will take you from the ability of stills to perfect motion capturing and much more.

Our Picks Of Best Sony Camera

Sony is now a synonym for refinement. Whether you're looking for a simple point-and-shoot compact camera or want to try out the Mirrorless interchangeable lens system, Sony is always there. However, this list will tell you of Sony in terms of stills and video. In addition to a spread of a wide price range from hundreds to thousands of dollars. Sony, a well-known brand in its own right, has revolutionized the Mirrorless market. And other manufacturers are scrambling to keep up. 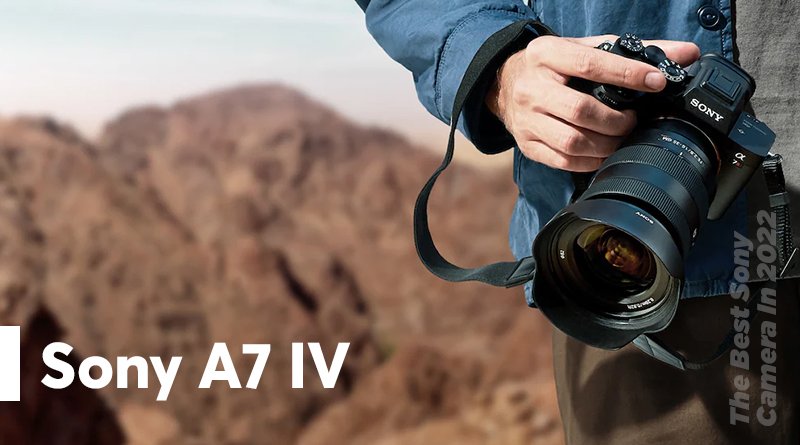 The Sony A7 IV is the company's fourth iteration of the a7 full-frame mirrorless camera. The lauded Sony A7 III successor is the most advanced in the lineup. Furthermore, this camera has incorporated many of Sony's focusing and interface design enhancements since its debut. The Sony A7 series has been the best Sony camera for photography. The 'R' models add resolution and the 'S' models add speed and sensitivity.

Moreover, this new work beast includes a crisper 33MP sensor and powerful Bionz XR engine. Furthermore, an increased video skills (including support for 10-bit recording). It also has a new vari-angle touchscreen, an enhanced viewfinder, and a sizable 828-shot buffer. The A7 IV is a significant upgrade over the A7III and can please the eves of high-end customers. 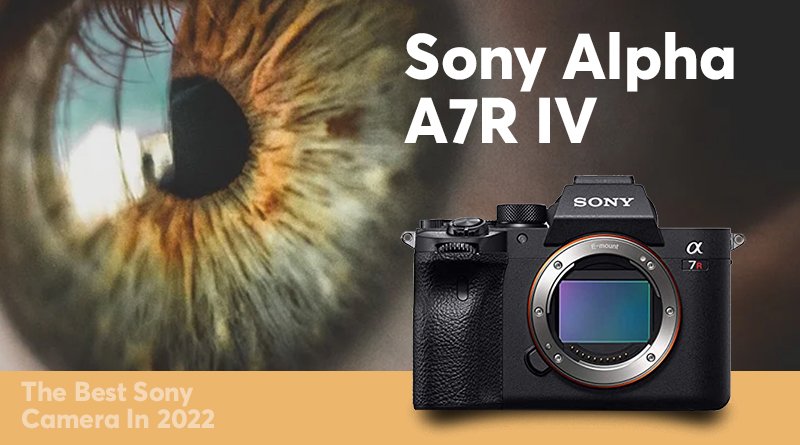 Sony cameras are known for their excellent photo and video capabilities. And Sony Alpha A7R IV is the newest in the line of competent full-frame cameras. Also, this fourth generation of A7R features a 61MP Exmor R BSI CMOS sensor and enhanced BIONZ X image processing. Therefore, making it the best Sony camera for photography and videography. Furthermore, with Real-time Eye AF and Tracking AF technology, you can shoot at up to 10 frames per second. In addition, you can record UHD 4K30 video. It offers improved build quality, updated controls, the company's latest autofocus system, and more compared to previous generations. The improved sensor design employs a Fast Hybrid AF System with 567 phase-detection autofocus points. Moreover, its inherent sensing versatility sets it apart. 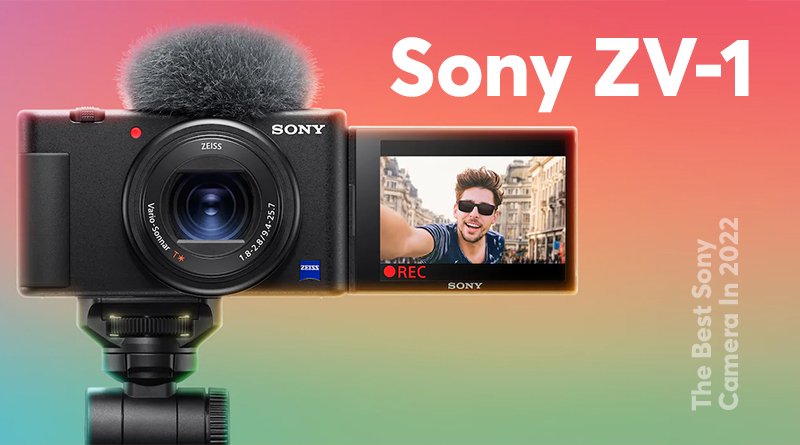 The ZV-1 is another best Sony camera for photography and vlogging. Many design elements make this compact, lightweight camera a good choice for vloggers and content creators. The camera includes a fully-articulated screen that lets you view what's being recorded. The ZV-1 has a 24-70mm equivalent F1.8-2.8 lens and shoots in 4K up to 30p—also, Full HD up to 120p. Although the Sony ZV-1 was created for specific consumers, it may also be used as a standard compact stills camera. The ZV-1 has a lot to offer if you're a hybrid shooter. Moreover, you can capture both video and stills without the burden to lug around two cameras. 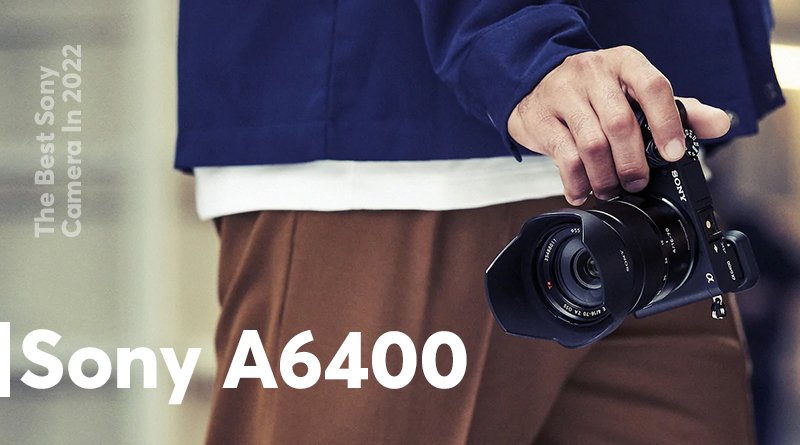 The Sony a6400 is a small 24MP mirrorless interchangeable lens camera. Furthermore, it features an APS-C sensor that will appeal to many photographers and videographers searching for a portable second body. However, the major news is that it boasts a new processor based on Sony's sports-shooting flagship a9 that allows for 'Real-Time Tracking' autofocus. Moreover, it is one of the most effective AF solutions you can find in the market. Also, with the key feature of 180-degree, one can consider it the best Sony camera for photography. However, the top-of-the-line A6600 has greater specs. But you can settle for similar specs in Sony A6400 without paying for things you don't need. The camera also has an advanced APS-C camera with a 24.2 MP Exmor® CMOS sensor. Apart from that a wide 425-phase/425-contrast-detection AF points over 84 percent of the sensor. 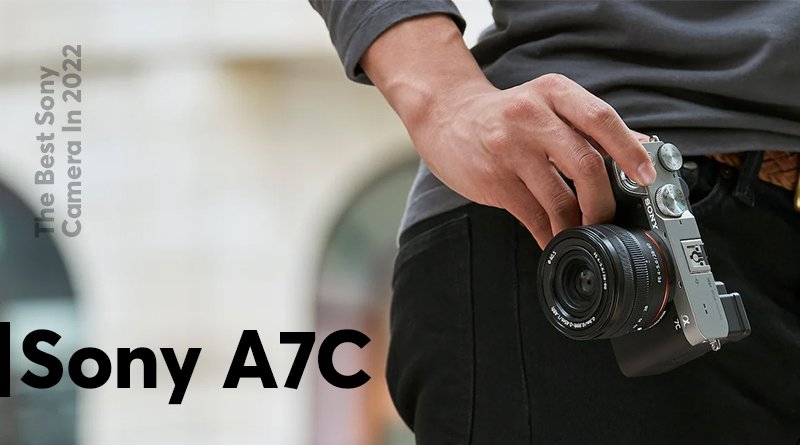 The Sony A7C is the way to go if you're searching for a small full-frame camera. Along with Sony's superior autofocus and noise reduction features. Furthermore, the Sony A7C shares the same 24MP sensor and essential functionality as Sony A7 III. Moreover, the Alpha a7C is designed to cater to the needs of photographers and filmmakers. The one who wants full-frame quality and performance, in addition to a small, lightweight camera. Which they can take with them out and capture their perspective the very instant. Without a doubt, this is the best Sony camera for photography. Sony introduces the world's smallest camera, featuring all the power and performance of a full-frame camera in an APS-C-style body.