The Samsung Galaxy S22 Plus review includes our hands-on thoughts and analysis of this flagship smartphone. Read this blog to know more.

Samsung, a leading tech colossus, is back with another spectacular smartphone. The Samsung Galaxy S22 Plus is a perfect example of progressive improvement. Samsung is constantly developing and delivering the best of its abilities in its tech-savvy products. The looks and functions are significantly similar to Samsung Galaxy S21 Plus. However, this tells us that there is always room for improvement. And the company is tweaking its previous models to give its users a better successor. Samsung Galaxy S22 Plus is the best mainstream Android flagship phone in the market. Therefore, making it a prime Android smartphone for the time being.

Henceforth, we have broken down the new release of Samsung. And this is all you need to know about the latest Samsung Galaxy S22 Plus. 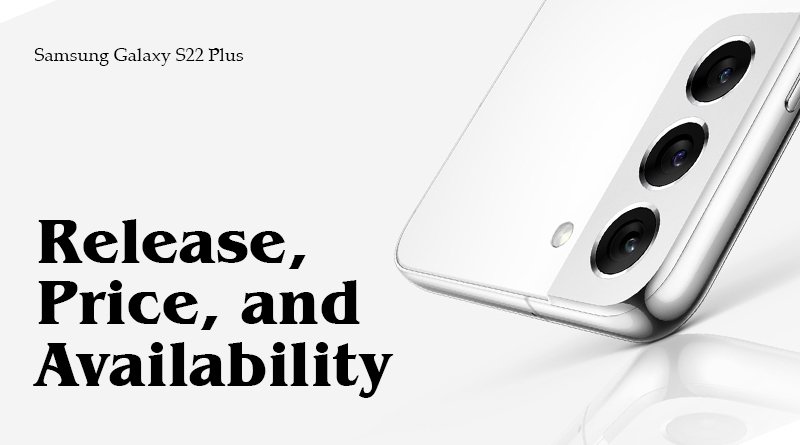 The Samsung Galaxy S22 Plus sits between the Galaxy S22 Ultra and Galaxy S22 models. Thus, it has a little more to prove than the others. The Galaxy S22 Plus graced the market on 25 February 2022. People are naturally drawn to the most extensive and tiniest objects; therefore, the middle product must demonstrate its worth in ways that its siblings do not. The Galaxy S22 Plus is available for purchase, starting at $999. Furthermore, the new launch has a lustrous color palette starting with black, white, green, and pink gold.

Along with that, you have the option of Graphite, Cream, Sky Blue, and Violet. The phone is currently available on the official e-shop website, Amazon, the company's outlets, and certified stores. Many of you would blindly trust the brand for what they bring to the table when it comes to Samsung. However, the Galaxy S22 Plus is a flagship phone that works hard to establish its distinct personality. 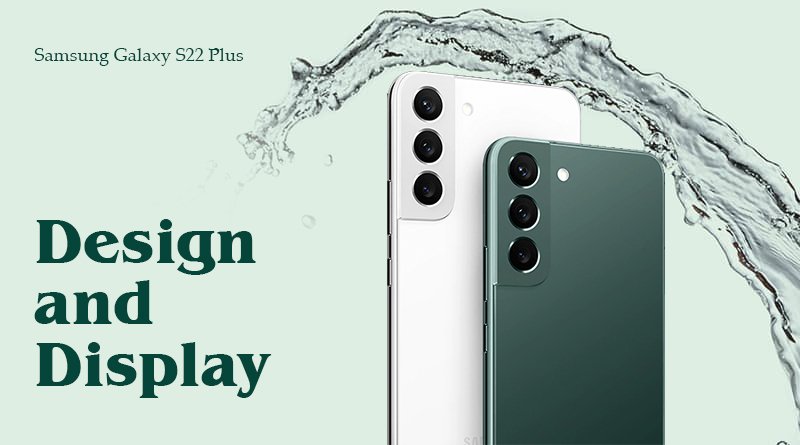 Presently, the new release has a screen measuring 6.6 inches across. Also, it has a small punch-hole cut-out for the front-facing camera. The bezel around the screen is relatively thin. Furthermore, the Samsung Galaxy S22 Plus has a regular Android phone resolution of 1080 x 2340 (or FHD+). That is a safe implementation for super-cheap or super-pricey phones. However, considering the price and other specs, the resolution is below average. Although, the S22 Plus excels in other areas giving the maximum brightness with 1,750 nits and an excellent AMOLED screen. 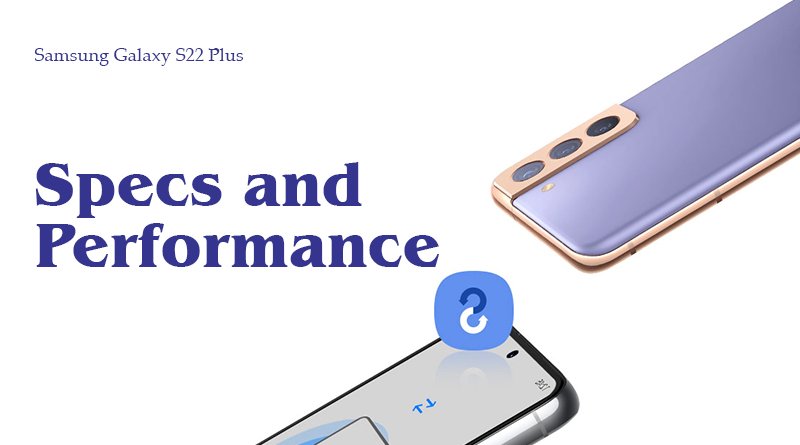 Starting with specifications, the Samsung Galaxy S22 Plus offers:

Samsung is habitual of using various processors in different Galaxy models in foreign markets. Therefore, Galaxy S22 devices in the United States and Asian countries run on the Qualcomm Snapdragon 8 Gen 1 processor. At the same time, those in the United Kingdom and Europe come with the Exynos 2200.

The Samsung Galaxy S22 Plus has a quality glass back. Henceforth, it distributes the heat better than compact models. In addition, it has considerably better battery life than a mini phone. The new phone with the latest processor functions marginally better than the Exynos 2100-powered Galaxy S21 Plus. Which can be a slightly disappointing factor to tech geeks. Putting synthetic benchmarks aside, the Galaxy S22 Plus's real-world performance is excellent for the most part. However, it falls short of the industry-leading Apple A15 Bionic chipset. The Galaxy S22 Plus still trails the iPhone 13 Pro. Although in the graphics test, the new Galaxy has loads to offer and can swiftly beat its predecessor. Furthermore, the Galaxy S22 Plus functions smoothly with Adobe Premiere Rush for video transcoding output. However, it falls short with the A15 Bionic in the iPhone 13 models.

The Samsung Galaxy S22 Plus comes with a 4,500mAh battery, which is substantially less. Like the previous model, S21 Plus features a 4,800mAh battery. That's an almost 6% drop in size, and we expect the battery life to suffer as a result. Again, it's upon the users how they operate their smartphone as the battery can last up a whole day even with intense use.

Talking about the camera, the setup is a bit of a mash-up of the S21's sensors. But there is an exception of the ultra-wide and front-facing cameras. Moreover, the most apparent difference is the rise from a 12MP to a 50MP primary camera. Therefore, it's a great addition because the 50MP sensor is more significant, allowing more light visibility. Thus, resulting in brighter photographs and more brilliant colors. 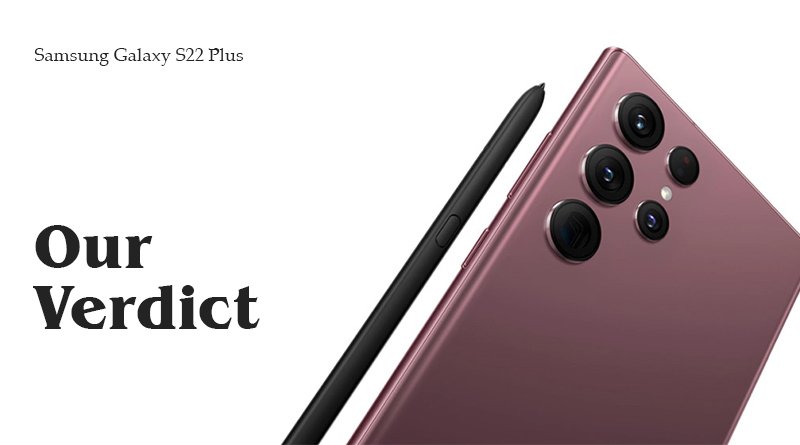 It won't be a wrong investment according to our perspective. Considering the price, it's the same $999 for the base 8GB RAM + 128GB. Henceforth, it is less expensive than the market-rival iPhone 13 Pro Max. Also, if you're a Samsung lover and contemplating the Galaxy, then Galaxy S22 Plus is a fruitful choice. And even if you are not a Samsung fanatic, add this new release to your smartphone wishlist. However, if you have any Galaxy S21 models, don't upgrade as the enhancements are generally minor. But nothing beats the Samsung Galaxy S22 Plus, a flagship-grade chipset, a decently large screen, and long battery life.