For All Mankind Season 4: Everything We Know So Far

Everything We Know So Far for "For All Mankind" Season 4 - a new season of the hit sci-fi drama, "Mankind" streaming on Apple TV+.

Sci-fi is a genre that can leave the audience in a perplexed state of surrealism and reality. For All Mankind is one of the biggest examples of it. For All Mankind is an acclaimed Apple TV+ sci-fi series that presents a fascinating space race between NASA and the Soviet Union that resulted in the colonization of the moon. By far, three seasons of the series are on air, and audiences are absolutely admiring it by binging it. Furthermore, the peaking fact is that it is set in an alternate timeline in which the Soviet Union sent the first man to the moon. In the third season of For All Mankind, NASA, Roscosmos, and the private company Helios Aerospace competed to land on Mars first, but their missions and plans to build bases there were thwarted by disasters. Thus many questions and possibilities(fan-made) fall onto For All Mankind season 4.

However, there isn't much out about Mankind season 4, but we have gathered some things for all the series devotees. Please continue reading to discover everything we know so far on For All Mankind Season 4. 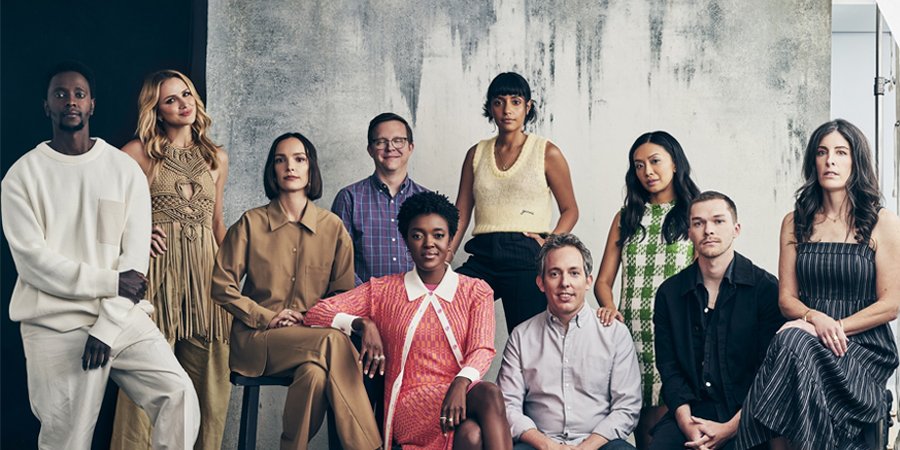 Every season of For All Mankind has a specific timeline that occurs roughly ten years after the previous season. Season 3 of For All Mankind takes place between 1992 and 1995, just before Ellen Wilson (Jodi Balfour), a former astronaut, was elected President of the United States. Because of internal strife at NASA, Ed Baldwin (Joel Kinnaman) left the organization to take charge of Helios' Mars expedition. Thus, he leaves his colleague Danielle Poole (Krys Marshall) in order of NASA's mission to the Red Planet. Furthermore, Dev Ayesa (Edi Gathegi), the flamboyant founder of Helios, and Karen Baldwin (Shantel VanSanten) join the company. Meanwhile, Aleida Rosales (Coral Pea), a NASA employee, put together that her mentor, NASA Director Margo Madison (Wrenn Schmidt), had divulged technological secrets to the Russians.

The fourth season of For All Mankind will move the series' timeline into the 2000s, causing another significant alteration. Similar to how the season 2 conclusion of For All Mankind saw the passing of fan favorites Gordo (Michel Dorman) and Tracy Stevens, the season 3 finale of the show abruptly killed off essential characters (Sarah Jones). The following events will take place in Mankind Season 4.

When will For All Mankind season 4 be released?

On July 22, 2022, just over a month after season 3 debuted, Apple TV+ formally ordered For All Mankind for a fourth season. Furthermore, the cast and executive producers attended San Diego Comic-Con that same day. However, season 4's release date has not yet been set. About 15 months after the start of season 2 on February 19, 2021, For All Mankind season 3 debuted on June 10, 2022. For All Mankind Season 4 might air on Apple TV+ in the fall of 2023 if the same 15-month production timeline is followed.

Storyline for Season 4 of For All Mankind

The show will time leap to 2003 based on the season 3 finale of For All Mankind's final scene. At this time, Margo Madison, who is now residing in Russia and might be employed by Roscosmos, will no longer be NASA's Director. Furthermore, Ellen Wilson will no longer be the organization's president. Although the colonization of the Red Planet may have improved in the years after the numerous Martian disasters of season 3, Ed, Danielle, Danny Stevens (Casey W. Johnson), Kelly, and her infant (who will be about eight years old) should have returned from Mars. Sadly, Karen Baldwin and Molly Cobb (Sonya Walger) had to leave For All Mankind season 3. Moreover, neither will return for season 4. In For All Mankind season 4, it is yet to be known how history will be altered, how technology will advance, and whether NASA will try a voyage to Jupiter.